Events that are happening now in our venue

A zine a day keeps dullness away!

Zine is a simple way to put in paper a photographic project. In this lab we are going to learn how to put our images, our words and everything that express our inner selves in a zine, which we are going to print and sew by our owns.  At the end of the lab each one of us will have in hand his/her unique art project.

The only thing you need to bring is your photographs (either as a whole project or not) and your ideas.

And of course your creativity and impulsion!! 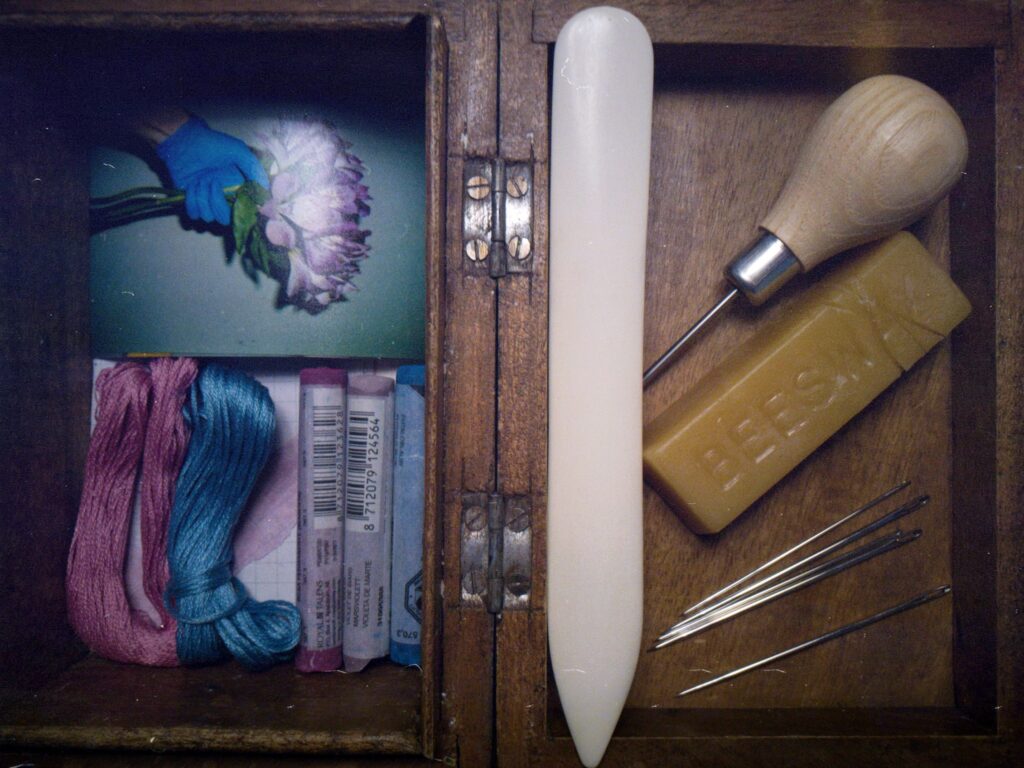 Art venue located in Athens. Here are taking place several art workshops such as photography, cinema, video, painting, contemporary dance and more… The venue works as a gallery too…

A different approach to photography…

A different approach to photography, bearing in mind, neither only the media nor the previous experience of the photographer. The main purpose of the workshop is to discover the way in which, through the technique of image production,  we can create a communication language  with ourselves and with the people around us.

In a time when human relations are being tried on a daily basis, we observe a marriage which lasts 52 years. The photographer Georgia Maria Politi, prompted by a photo project she assumed within her participation in the o.art.ath group, captured the everyday life of her parents, Themistoklis and Dimitra (Dimitroula).

A distinct relationship which began with a first meeting through an acquaintance, turned into engagement within a week and wedding after a year. The reason was none other than the father from Istanbul, who could not abide his daughter, a teacher, being unofficially with a man and getting around in Athens.

What’s peculiar to this marriage is not its endurance, but the harmonious coexistence of the couple between two cities, Athens and Imvros (Gokceada) in the last few years.  Themistoklis and Dimitra is perhaps the only couple splitting their time between Patissia and Agridia.

With her unique shots, Georgia manages to pinpoint the habits and togetherness of those two on both sides of the Aegean and to depict an everyday life that is common, yet at the same time different.

Complexity in style but not in subject matter, security in the couple’s relationship, insecurity only in the limits of form.  A virtuoso in the use of light, Georgia Maria Politi illuminates an aspect of her life which we would hardly know otherwise.

Not only for those who can draw already…

Aim of the workshop is acquiring a deeper relation with drawing procedure and getting in touch with a new way of expression...

We do commissions, that are relevant to our activities

We can host any kind of exhibition 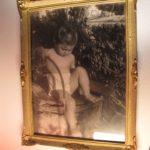 After 3 months, the art venue o.art.ath transfers and presents the works of  the first circle’s photography team, to  the solidarity space “Solidarity and Culture Spot of  Kypseli”.
Earings from the sales of the artworks  will be disposed in the immediate, material support of social  perishable clusters of the area.

“Solidarity and Culture Spot of Kypseli” is located in Sporadon street, no 36, in Kypseli. 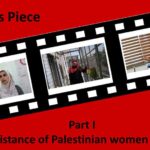 Peace vs Piece: Part I: Hebron-Screening

Screening of the documentary of To Mov and FemArtAct “Peace vs Piece“, Part Ι: The resistance of Palestinian women in Hebron.
The first part of the “Peace vs Piece” trilogy, is filmed in Hebron and presents the harsh daily life of Palestinians in this fragmented historic city, with the buffer zone in the heart of the city and the illegal Israeli settlements that are constantly expanding under the protection of the Israeli occupation army. The film at the same time presents the resistance of the Palestinians to the occupation, and especially the struggle of women, who have to deal with patriarchy as well, through the action of the organisations Youth Against Settlements (hyas.ps) and ADWAR (adwar.ps).

On Saturday March 30th, in Solidarity and Culture Spot of will be exhibited self-portraits of the prisoners -members of KETHEA-En Drasi community.

The paintings were created by the prisoners with the guidance of the artist Anastasia Miha. During the exhibition the visitors will have the chance to take with them copies of the prisoners’ artworks, and as an exchange they will have to create their own piece of art. The pieces created by the visitors will be given to the internees, act that aims to their internal  empowering.

The purpose of this exhibition is the creation  of a possitive communication and not the drawing skills, since art here is not the target but the mean for the evolution of human proximity. 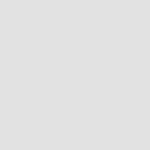 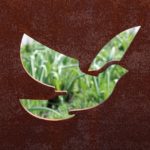 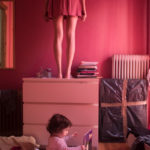 Georgia Ponirakou was born in Athens, in 1983. She began taking pictures as a self-expression during her studies on biology around 2011. Starting from the dark room of the University Club Cultural Society’s photography Section, she took several seminars with many teachers: Panos kokkinias, Panagiotis Kalkavouras, Lukas Vasilikos, Ioannis Tzaneteas. From 2016 she is attending at the Focus school for photography and video. Her work has been published in greek and foreign magazines both printed and online and she has participated in group exhibitions around Greece. In February 2017 her first zine was printed with her photographs and poems of Kostis Ntemos. She is a member of the OramaPhotos group.

The class introduces the Simonson technique, focuses on the meridian channel activation, and includes space and movement awareness tasks as well as improvisation and moments of meditation. There will be also time for partner work, and verbal interaction within the safe space that will be created by the participants.Movement Awareness / Simonson technic, is designed to align with the person’s inner space and offers time to listen to the self, while embracing visualization, breathing support, stretching, strengthening of the core muscles, and preparing the body for movement and release of tension. Understanding and assessing naturalness and motivation for movement can update the mind-body connection. It is a lesson suitable for all ages and levels, for those who are interested in a personal inner journey. 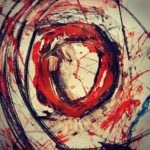 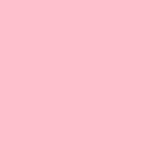 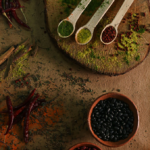 The exhibition titled “Mary’s undertheweather” that marked the initiation of o.art.ath at the beginning of 2019, returns. This time, it focuses on the artist Maria Papadopoulou. Her life with Germanos and her life after Germanos, photographs, objects of his own, shape a letter with everything she didn’t say, everything she feels.

The exhibition is completed and framed by the artists Maria Sideri and her dolls and Maria Tokmaki, presenting a unique performance inspired by Mary’s life but also by Mary’s dolls. Hence, three Marys. Or otherwise, Mary3. 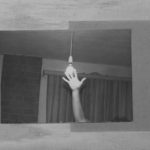 Following the sketchbook project, which took place last spring at our venue, we present the Cyclopedia project. Drawing inspiration from encyclopedias, the exhibition aims to explore the artists’ boundaries, to interpret or to misinterpret, to narrate and to create driven mainly by imagination. The results of this course of action will be expounded in our premises starting the first of June and for the entire month.

Visiting by scheduled appointment, through social media or the attendees. 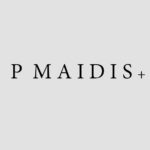 At the beginning of July in o.art.ath, in Kipseli, takes place the presentation of Panagiotis Maidis work.  Panagiotis is a fresh artist who lacks nothing in his means of expression.  His perspective towards art and his way of communicating create mixed feelings.  Images captivate certain fiary aspects of Athens, faces that go beyond the flash tension, interchange with images of calmness and diffused freedom.

At the same time, taking small steps into painting and experimenting with video art and animation,  breaks free from his pure photographic career and and presents himself as visual artist.

Be absent or be present – Ioannis Tzaneteas It is a project that arose from a playful and experimental mood. Using as media painting, collage and video, recycling older sketches and drawings, prints, tattoo flashes and symbols, together with materials which have lost their functional value and were found discarded in the city. Through this process, disconnected, primary thoughts from different places and time periods come to the front, are filtered and converse, deploying the old and creating a different and strange medium of transferring experiences, seeking something novel.

Arurkokk is a self-trained artist who, following his graduation from Finances, continued academically his studies in Painting and Engraving. He draws his inspiration from studying fringe art, the history of universal art, as well as his immediate social environment. He creates images using techniques and means of expression in an attempt to depict the medium of inner voice with outer noise. He constructs artistic books and limited edition prints. He also occupies himself with handmade tattoo. He has made personal and group exhibitions in Greece, Thailand, Australia.